6 Reasons Why Greek Food Is So Good 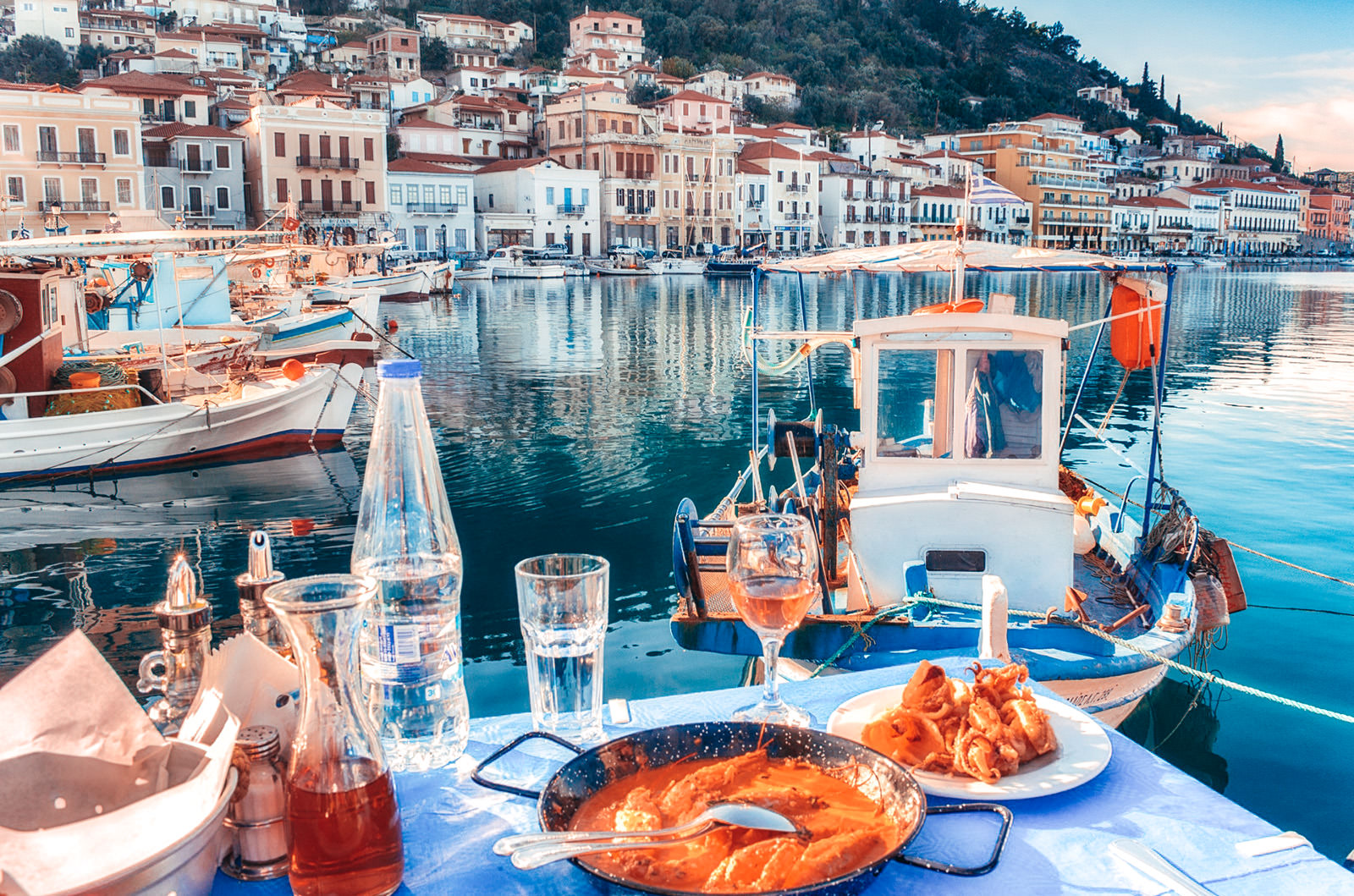 6 Reasons Why Greek Food Is So Good

Not only is the Greek diet one of the healthiest, but it is also one of the most delicious! Greek dishes travel so far back in history that it’s amazing to think today’s food is almost no different. It’s fresh, fun, and full of so many traditions that once you take a bite, you’ll feel like you are laying back, sipping wine and dipping your bread in olive oil.

So, go ahead and enjoy seven reasons why Greek food is so good. Afterwards, you’ll be excited to travel there to eat some right now.

Perhaps the most important thing to know about the Greek diet is that it is generally good for your health! Greeks get their daily dose of vitamins in their meals full of fruits, vegetables, and fish. Like in Ancient Greece, entrees today are still primarily vegetable-base. Moreover, if there was any meat during a meal (like beef, pork, or chicken) it would be considered a side dish. Nevertheless, Greek meat consumers have become more abundant in modern day dishes. Where Greeks really get their protein is from beans and other legumes, seafood (fish, squid, octopus etc) and lamb. Although tourists may see Greece as eating a lot of lambs, farmers and consumers generally use livestock for milk to make cheese and yogurt.

Olives, the most iconic food in Greece, provides your body with healthy oils and also adds a wealth of flavor to every dish. Other healthy Greek dishes you should try every time you visit the Hellenic Republic include: dolmades, shrimp saganaki (pro tip: ‘sagani’ is a traditional Greek cooking pan and anything cooked in a ‘sagani’ gets the name ‘saganaki’), Souvlaki – grilled skewers of meat – and taramasalata or taramosalata.

While other Greek dishes such as loukoumades – donouts with honey and walnuts – and loucanico or loukaniko – spicy Greek sausage – are not that healthy, you will find it easy to keep a healthy diet when visiting Greece.

Milos, Ithaca, Syros, Fourni, Amorgos, Paros are some of the 6,000 islands scattered in the Aegean and Ionian Sea that constitute the unique Greek archipelago. ⁠ Each of these islands creates a picture-perfect backdrop for a country that is defined by the sea. The same sea that brings life to its people and offers some of the most delicious seafood in the world.⁠ ⁠ Many of the restaurants on these islands are lucky enough to be situated right on the sea. The owner (who is also a fisherman), leaves the harbour late at night to throw the nets in the water where he will return the next day to pick them up. This gives travelers an amazing experience of watching the fisherman bring in the catch of the day, followed by stories describing the danger and hardship at sea.⁠ ⁠ The fresh seafood will go from the sea to the plate in no time. An authentic experience of traditional Greek food, renowned for its unique taste.⁠ ⁠ If this sounds like the kind of experience that you are looking for, we can make it happen.⁠ ▪️⁠ #thalassablue #greece #visitgreece #luxurytravel #tailormadetrips #tailormadetravel #bespoketravel #luxetravel #luxurytravels #travelgram #explore #experiencespecialists #seafood #mediterranean #catchoftheday

Freshness is, in many ways tied to health. Especially, because many Greek meals still take pride in their fresh ingredients. First off, it is convenient that Greece has a plethora of native spices like oregano, basil, thyme, rosemary, and sage (if it’s from the country, almost makes it a little fresher, huh?) Geographically speaking, Greece is also surrounded by four seas. That gives the country many opportunities to gather fresh seafood off its coasts. Eating fresh, unfrozen, unprocessed foods will make your body feel even better about eating Greek.

As I have mentioned before, there are a number of dishes made almost entirely of plant-based foods. So eating like a vegetarian isn’t hard. In addition, since seafood is a common ingredient in the Greek diet, pescatarians can also feel right at home. But no matter your food preference, Greece has an endless list of delicious, modern and traditional meals that can satisfy your hunger.

Food is not the only thing Greece cares about. A lot goes into the eating environment as well. This Olive Tomato article illustrates the perfect scene of a Greek-American family eating in a US restaurant, and how different the cultures are. Because meals are crucial to Greek culture, friends and families can spend hours and hour conversing and slowly nibbling on and savory every bite of their food. Eating is a time to sit, bond, and connect with the people around you. In a Greek restaurant, the customers are always treated with such great respect since hospitality is another Greek virtue. On another note, since Greece lies in such a temperate area, almost all year long, there is the option of sitting outside. Eating outside in the fresh air, eating my freshly prepared dish sounds like my ideal meal!

Thanks to Greek history, Greek food is the result of a mash-up of different cultures. Persians introduced Middle Eastern foods like yogurt, rice, and honey, Rome brought pasta and sauces, and Turks showed them coffee. There are also influences from Arab nations as well as the Americas. But throughout all these integrations, Greek food brought about their own culture and favorite dishes and began sharing with all who visited. In addition to being the birthplace of Dionysus (god of wine), Greece is also home of the first wine making.

It’s 4 o’clock!!! That means we are serving our complimentary fresh baked bread and dipping sauce.

Greeks still have strong ties to its history today. Whether that be the way they act, the way they dress, or their occupations, they never forget who they once were. They also don’t forget what they once ate. One of the coolest thing about Greek food today is that it is still made and eaten the way it was thousands of years ago. Dishes like lentil soup or dolmades (rice and mincemeat wrapped in grape leaves) are some of the thing Ancient Greeks ate and what Modern Greeks eat today. Perhaps there are still some meals that date back to 350 B.C when Archestratus is thought to have written the first cookbook.

Another tradition is how Ancient Greeks almost always ate with their hands and even using bread as a napkin sometimes! The former is true today (wouldn’t it be cool to have bread napkins?) Many foods like loukoumades, dolmades, and gyros (meat wrapped up in a pita) are eaten with only your hands. But eating with your hands is often much easier to do. Just think about it: wouldn’t it be hard to tear a piece of bread off of a loaf with a fork?

Greek is one of the most versatile diets that can satisfy just about anyone with their fresh and flavorful variety of entrees. And when you travel to Greece, don’t forget to sit outside with your friends and family, eat your fourth meal, and enjoy a delicious and fresh supper. 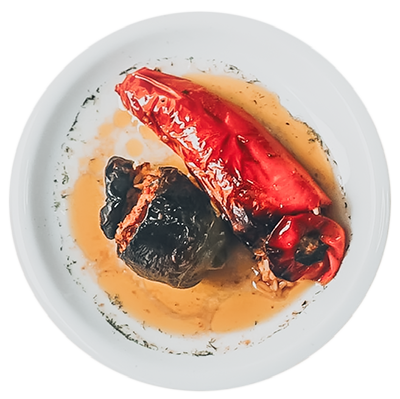